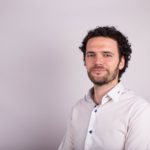 After working in PR and communication, William Roy decided to embrace his passion for public speaking and coaching. After years of training, he finally launched his practice in France. He now works with speakers from all around the world to help them deliver the best possible talk. As his NLP training kicked in, he finally modelized some of his coaching into a game called Pitch Cards.

Pitch is a very short presentation of who you are, what you’re doing and what’s your company or project. It’s a  short presentation that can be re-told later by anyone who heard it. Typically a pitch lasts 5 minutes. Guy Kawasaki created the perfect structure for pitching to an investor in 10 slides. Pitching can be also used as a networking tool.

The biggest problems people face when trying to pitch

The most common mistake is: You think people know about you and that they’re interested in you. Instead, assume that nobody knows you and people know nothing about you.

The second mistake is: Using negative words, terms, or expressions. An example is saying “I have this little idea.” The truth is that nobody cares about little ideas. We want to hear and get inspired by big ideas. Do always say that you’re doing things, not “trying” to do things.

Pitching Your Ideas With a Serious Game: Pitch Cards

The idea started at Startup Weekend. William and the other organizers arranged a pre-event to train pitching skills. William created a simple cards game that allowed participants to pitch basic and crazy ideas, instead of their real projects. The exercise was a success and the game continued being used and developed further.

Pitch Cards is a creative way to train people to improve their pubic speaking skills. William believes that serious games are essential for any kind of training.

Related: The Type of Feedback That Really Helps

“There are always three speeches, for every one you actually gave. The one you practiced, the one you gave, and the one you wish you gave.” —Dale Carnegie

Convince Them in 90 Seconds or Less by Nicholas Boothman

Pick any public event: the Oscar awards, a developers’ conference, a ceremony held by the major of your city, etc. Then imagine yourself you will have to speak for that event. What would you tell the audience? How? Practice once a week and train your speaking mind to be flexible. As a result you will know that you can talk to actors, developers, politicians, etc.