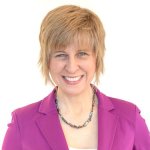 Teresa de Grosbois is an international speaker and 3-time best selling author. She teaches corporations and entrepreneurs how to create massively successful word of mouth campaigns by tapping into the top leaders, promoters, networkers and influencers in their industries. Teresa heads the Evolutionary Business Council of speakers and influencers dedicated to teaching the principles of success. She is soon launching the book “Mass Influence – the key habits to becoming highly influential in your field”

How some people achieve enormous influence and success

Solve a big problem for the world. Influencers don’t play small. The bigger the problem you solve for others, the easier it will be for people to talk about your work. Think of Gandhi or Marin Luther King Jr. They stood on the biggest problems going on in the world at that time.
Become a hub of influential people. Do something that draws influential people together: blog about others, create a networking group, hold a conference and invite influencers, etc. That is what Teresa calls “the golden rolodex.”

The biggest mistake is “the premature ask”. An example is when at the end of a conference, there are people waiting for a famous speaker to ask something: “can you introduce me to this person you just mentioned on your talk?” or “can you endorse my book?.” If you meet an influential person, don’t ask, you should offer first. Offer first: interview them, share their articles on social media, invite them to a conference, etc.

“Living the life of your dreams takes action, otherwise you are just dreaming” — Teresa de Grosbois

The Go-Giver by Bob Burg

Take a piece of paper and write down a list 1 to 5, and write the names of influential people who if they endorsed you it would make a significant difference for you in business. Order with the most accessible at the top of your list and the least accessible at the bottom.
Then do the “30 Day Challenge”. For the next 30 days, give influence 30 times. Find someone on your list and give influence, at least once a day.