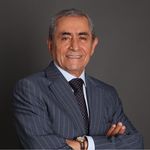 Pedro Morillas is a successful Peruvian businessman, founder of important companies and decorated by the government of his country with the “Gold medal for industrial merit”. Self-taught and a tireless globetrotter, he has traveled the world and lived in different countries. Now retired, he has written books such as: “What Now?”, “Bicentennial”, “Impunity”, “Innovate and enjoy by creating Wealth”, “País Combi,” books that became bestsellers by being agents provocateurs of change.

A journey of almost half a century

About 40 years ago Pedro’s family decided to leave Peru, because of the security crisis originated by terrorism groups. After relocated in the United States he had enough free time to think and give form to his ideas as a book. In his book he tried to give an optimistic way of seeing the crisis, in a country with thousands of years of history, that for sure would pass soon and people will survive as always did before.
Years later Pedro returned to Peru and his business and he stopped writing. Only many years later he would be able to have time for writing, after his retirement.

Use of storytelling and influences

Storytelling is the most important part of Pedro’s books in order to keep the reader entertained while he develops his ideas, because he writes non-fiction books.
His last book “What now? After the Pandemic and the end of the savage capitalism” is based on his last travel to China and presents his ideas about great changes that will take place in future’s society, the rise of a society that combines the best of capitalism and socialism as well as the return of women to rule the society.
These themes are developed in the book, but all of this lavishly peppered with several stories to hook-up the reader.
Pedro’s model and big influence is James Michener, a distinguished American fiction and non-fiction writer, whose style and use of the stories are very similar to Pedro’s.

Fake News and best forms to combat them

Pedro is a deep believer about the necessity of being well informed in order to combat fake news. We have to know everything about everything and have to read from both sides.
Cross-check, source verification and extensive use of technology, which is coming to help us solve this problem, mainly with the use of algorithms and the great power of Artificial Intelligence.
The background problem is who has that means of communication, who owns that media.

Keys to communicate with other cultures

The basic keys are to respect their way of thinking, respect their cultural traditions. Be humble and not try to impose anything.
The best way to achieve this is being educated, respectful and it’s highly recommended to dominate over two or three main languages.

New Confessions of an Economic Hitman by John Perkins

In order to shine in any profession, Pedro recommends to be always well-informed. To read everything from the whole spectrum of activities, political and economics. And also try to be well-informed and updated with the technology.