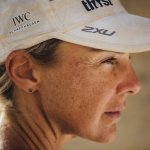 Mina Guli from Melbourne, Australia is the founder and CEO of Thirst Foundation and a global leader committed to protecting the world’s water resources. Following a successful 15-year career in law, finance and climate change, in 2012 Mina established Thirst Foundation, a non-profit organisation focussed on raising awareness, creating urgency and driving action on water. Mina is a self-confessed “non-runner” who has run 100s of marathons on every continent of the planet including Antarctica, leveraging the power of the media to connect us to the water crisis, and building a global movement of passionate water advocates in over 190 countries around the world. Mina has been widely recognised for her leadership on water, including being recognised by Fortune as one of the greatest leaders in the world. She has spoken at the United Nations, and has been regularly featured in major global, local and regional media outlets around the world. Mina has committed her life to the water crisis because she believes we can be the solution.

A journey to become an ambassador of water

Mina started her journey about 2012 when launched a nonprofit organization, that is now called Thirst Foundation, wich was created to raise awareness and create a sense of urgency towards action on freshwater shortness.
She realized back in 2012 that most media was not getting attention about the fact that our wetlands are disappearing three times faster than our forest and that by 2030 experts forecast that there will be a 40% greater demand for water than the supply of water available.
So she started on this journey to educate kids across the world about their links to the Water Crisis and how they could through sustained promotion of sustainable consumption patterns try to shift the way we were using and consuming water.

Despite having rised a lot of media and community attention based on his global sports and awareness activities, what Mina is most proud of is not those accomplishments, but the people, the communities and stories they share online and the commitment they make to address the problems related to water shortages in different parts of the world. While there is still much work to be done, all the efforts being made thanks to her activity are their greatest pride.

Why Mina became a speaker

For Mina, being a speaker is not something to put in her resume, not a profession but a call. She sees herself as someone who simply speaks up because she believes that together we can help solve the problem of the global water crisis. Mina thinks sometimes you just need to step up and represent the issue you care about. She also sees it as an opportunity to speak up in behalf of those who cannot and tell their stories to the world, a fact for which she considers herself very honored and very grateful.

How to communicate a good cause and inspire

According to Mina, there are three key factors to keep in mind in order to communicate a good cause:

1. Lead with stories. Storytelling is an incredible way to connect with people. Share information and facts using real-life examples that communicate the message in the right context.

2. Know your audience. This will allow you to tailor your message so that it can be more understandable to the listener.

3. Practice your presentation. Very underrated but tremendously important because practice makes perfect. Do this while still being yourself at all times.

“No Excuses!”
“Go big or go home”
“Individually you can make an impact, but together we can change the world”

Water: A Biography by Giulio Boccaletti

Something Mina recommend us to do is listening. Listening, not just to others but to ourselves and to our heart, listen to our planet.
Taking impact of what we hear is really important. Finding ways in which we can share with others what we hear, in a meaningful and impactful way, is a good way to practice becoming and shining as speakers and communicators.