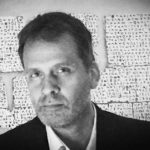 Jim Harvey has built three consulting businesses from startup to sale since 1992. Jim works with Blue-Chip firms from all sectors of the economy, and all over the world, though he is English and based near London for which he often apologizes. He is a regular speaker and commentator on consulting, presenting and pitching for business, writes speeches for presenters, politicians and salespeople, coaches speakers and runs training courses all over the world. He loves his work and is a proud husband, and father of 3 boys.

To Jim, the best speech of 2016 was given by Boris Johnson two days before the Brexit Referendum’s vote. Johnson was supporting “Vote Leave” campaign and the main message of his speech was “Take back control.”

Brexit, Trump and The Post-truth Era

Aristotle defined the type of rhetoric “sophistry,” as a speech without credibility and logic that appeals to emotions. This old concept was used in 2016.

Post-truth is a concept that was prevalent during 2016. It’s an interesting concept as you must first ask “What is truth?” Jim’s view is that truth is a very difficult political concept but facts are provable. In 2016 political campaigns people have used the same facts in completely opposite ways, creating different truths out of the same fact.

What we can learn about rhetoric from 2016’s lessons

The change equation (a.k.a. formula for change) was created by  psychologists Beckhard, Harris and Gleicher who researched in organizational change, and it can illustrate 2016’s lessons.

There are three factors in the equation: dissatisfaction (D), vision of what is possible (V), and first steps towards the vision(F). If these three factors multiplied are bigger than the resistance to change (R), then change is possible.

In both Brexit and US elections there was a massive group of dissatisfaction, unhappy with the status quo. The leaders of the winning campaigns articulated a vision that addressed that dissatisfaction and that was simple to understand. Then the first step was easy: vote for us. All these three factors put together were stronger than the resistance for change.

An important lesson of this is: We should never underestimate the power of paathos, a positive future, fear and dissatisfaction.

“Whoever tries to sow the wind must be prepared to reap the whirlwind .” — Hosea (from the Old Testament)

How to Argue & Win Every Time by Gerry Spence

The Merchant of Venice by William Shakespeare