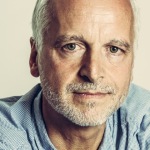 Jack Vincent is an author, award-winning speaker and sales trainer who divides his time between Woodstock, NY and Luzern, Switzerland.  His book, “A Sale Is A Love Affair – Seduce, Engage & Win Customers’ Hearts” was the Number 1 New Release in Sales on amazon.com in February.  Jack is also the 2006 European Champion of the Toastmasters Humorous Speech Contest and a TEDx Speaker.

When Jack was senior in high school, he was co-President of Santa’s Helpers, a group of volunteers who would go all around the city to raise donations for poor people. At a Christmas concert, he was asked to talk in the intermission much earlier than what had been planned. As they had arrived late and he got distracted with the people, he got nervous. However, he made the mistake of accepting to speak right away. He spoke his first line well, but then he froze. People sympathetically laughed. By the end of the event he came back onstage and closed with great words. They got a record in donations. The lesson: if you don’t feel prepared, say “No.”

A Sale Is A Love Affair

The best salespeople are loved by their customers. Love more, sell more. These are some of the key principles that his book conveys.
What was Jack’s inspiration? He’s been doing sales training for 10+ years. A few years ago, a relationship of his ended and he started dating, and also started to talk about relationships more often with his friends. These conversations started to bring ideas for discussion inside his sales training. And his students liked the discussions and analogies between sales and love affairs. They liked it so much that brought their own views and ideas. One day in a training Jack said, “I will write a book about this.”
The book is targeted to salespeople. 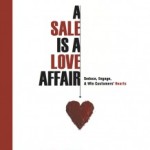 About taking risks in writing and speaking

This book came from his heart. Days ago he posted in social media, “If some people aren’t laughing at you, your dreams aren’t big enough.” He prefers that when you speak, people will say you’re crazy or laugh at you, instead of playing with their phones. Jack used some analogies that could sound controversial such as “Salespeople are from Mars, Customers are from Venus.” He believes in this, and the book seems to be resonating with most of its readers.

“You were wild once, don’t let them tame you.” — Isadora Duncan

Connect! Life is all about connection. Try to connect with somebody new, once a week. And also try to get deeper with the ones you already know. Be authentic.