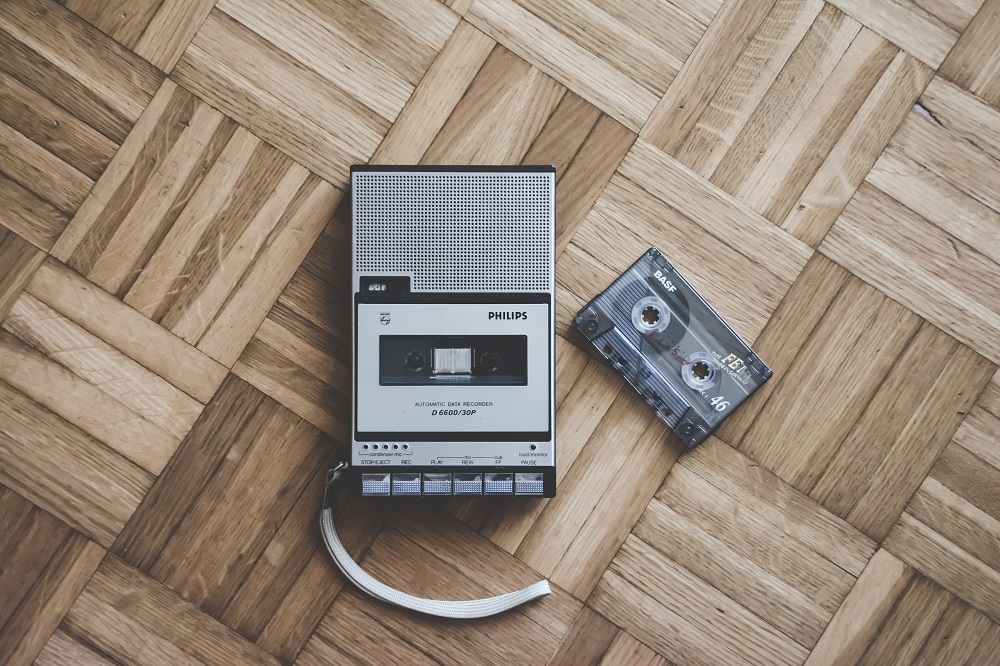 Does the sound of your recorded voice make you cringe? You’re not the only one. I’ve been interviewing people for a living for the last 3 years now. Still, whenever I have to transcribe an interview, I dread the idea of having to listen to my own voice. Ironically enough, I’m always excited about interviewing a new person and I somehow believe the excitement in my voice is passed onto the recording. But the end result seems to resemble less to Ellen DeGeneres and more to an army of frogs that decided to make a home in my throat. You get the point. I hate the sound of my own voice.

Why does my voice sound different than how I expect it to sound?

Here’s the good news if you feel the same. There is a scientific explanation for the phenomenon and Ben Horsby, Professor of Audiology at Vanderbilt University talks about it in an interview with Popular Science Magazine. “When you speak, the vocal folds in your throat vibrate, which causes your skin, skull and oral cavities to also vibrate, and we perceive this as sound. The vibrations mix with the sound waves travelling from your mouth to your eardrum, giving your voice a quality—generally a deeper, more dignified sound—that no one else hears.”

Through a loudspeaker or recording device, you pick up sound only through air conduction. “The sound we’re used to hearing has a lower frequency from the bone vibrations,” Hornsby says. “We like that because it sounds rich and full.”

What we hear on recordings is a more accurate representation of the voice other people hear. NedAlert guys explain it in this video.

What about famous people? Do they hate their voice too?

Believe it or not, they do. Beatles producer Sir George Martin stated that John Lennon hated his voice “I don’t think I got the best out of him. He’d say I hadn’t. He hated his voice,” Martin says, “and towards the end of his life he said that if he had his way he would record everything again.”

“I hate it. When I hear myself, which I try never to do, to me it sounds like someone is kinda laboured under heavy narcotics for years, and years, and years.“ American actor and director John Malkovich declared in a popular talk-show.

Some actors go as far as not watching their own performances because of how they sound. Kaley Cuoco from Big Bang theory is one of them. “I hate the sound of my voice. I can hear it from a mile – it’s nasally. Why do I talk like that? It freaks me out.”

Can something be done about it?

Dr Yale Cohen, director of the Hearing Sciences Center at the University of Pennsylvania’s Perelman School of Medicine believes that it is possible to make slight changes in the way we speak. “While people generally have a good understanding of how they should sound, the pitch of their voices can be dynamic. Based on the information around them, people tend to make slight changes in how they speak all the time.” Research suggests that social variables, such as perceived dominance, can cause a person to make pitch adjustments. Other aspects of your speech can change, too. Accents can be trained away and vocal coaches can work to slow down speedy talkers.

“The one thing about your voice that is unlikely to change its cadence or the rhythm with which you speak. Your cadence is probably learned, a product of your physical environment and upbringing, and it’s typically very difficult to manipulate”, he tells LiveScience.

Whether you’re an artist, public speaker or someone who just wants to improve their voice, vocal coach Roger Love can help you improve your voice and deliver your message with confidence. He’s the No.1 vocal coach in North America and has worked with thousands of clients including Tony Robbins, Brendon Burchard, John Grey, Jeff Bridges and Reese Witherspoon.

In the meantime, be kind to yourself and learn to accept and love your voice – it’s just as unique as you are!

Do you want to learn more about how to love your voice? Go here and try Roger Love’s course The Perfect Voice.