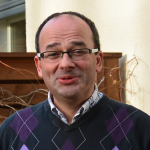 Garry Parker has over twenty years of experience as a public speaker. He is trainer, coach and mentor to politicians, plus private and public sector personalities in Finland. Garry is Chairman of the British and Commonwealth Chamber of Commerce in Finland (B3CF), an institution he founded in 2008.

2015 marks the 50th anniversary since Winston Churchill’s death. He has inspired and influenced millions of people around the world, including Garry himself. “The Second World War”, a book that won the Nobel Prize for Literature in 1953, has been standard schoolboy reading in the UK.

Winston Churchill had a speech impediment (lisp) and he wasn’t the most confident speaker when he was young. He didn’t come to maturity until the onset of WWII and as Prime Minister he persuaded UK’s cabinet to make strong decisions in order to defend his country.
Churchill was very Shakespearean and often used old language to dramatize his words. As far as we know, he never had a speech writer.

The very best of Churchill in Public Speaking

A few days ago, on August 20th, was the 75th anniversary of his speech “The Few”.
Another famous speech of that time is “We shall fight on the beaches”.
In addition to his speeches, there are books about his anecdotes such as “The Wicked Wit of Winston Churchill”.

Written to her wife when she was away:
“I think a lot about you my darling … and rejoice that we have lived our lives together; and have still some years of expectation in this pleasant vale…. I feel this has been a great experience and adventure to you and that it has introduced a new background to your life, and a larger proportion; and so I have not grudged you your long excursion. But now I do want you back.”

The Churchill Factor: How One Man Made History by Boris Johnson

British and Commonwealth Chamber of Commerce in Finland