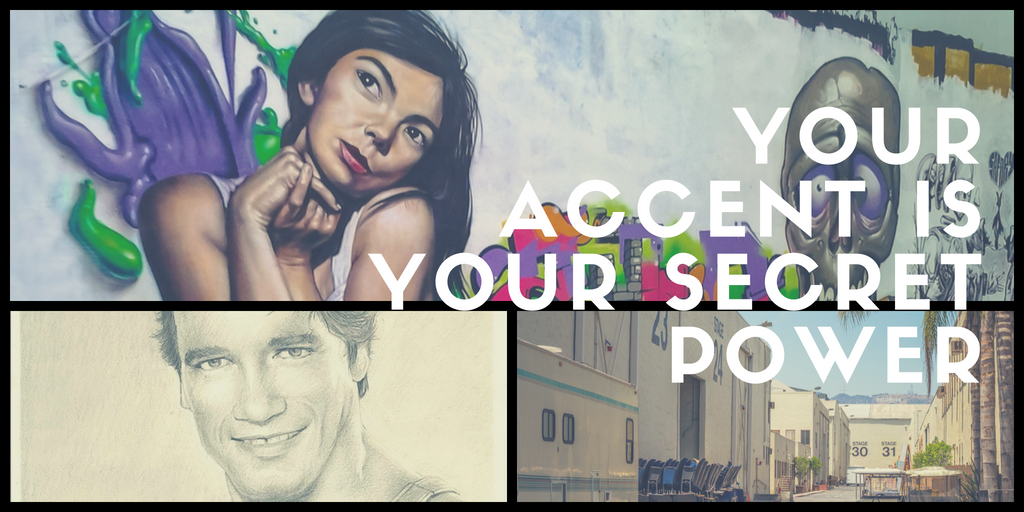 “I’ll be back.” “Hasta la vista, baby!” There are phrases from movies that firmly stick in our minds. But the effort of masterful screenwriters is not enough to bring words to eternity. An Austrian-born action actor who later became US-citizen and the Governor of California made this happen. It was Arnold Schwarzenegger at his best. How did he become one of the most venerated 90s icons? His early accolades as Mr. Universe and Mr. Olympia in the 70s certainly helped Schwarzenegger stand out of other well-built actors, but his thick accent made him the perfect fit for the toughest movie characters.

If you think that German-speakers have the strongest accent in English, think it twice until you hear an Icelander speaking. In 2000 the singer Björk won the Best Actress Prize at Cannes performing Selma, the leading character of “Dancer in the Dark.” She can express herself with a soft accent (as in her films) that nobody could criticize. Other times, when she has more freedom to be herself she talks with a more typical Icelandic intonation. During interviews Björk intentionally stresses her strong Icelandic “r” which makes her personality unmistakable, outlandish and captivating.

Another remarkable case is Penélope Cruz, who has performed the biggest part of her acting career in English (“Vicky Cristina Barcelona,” “Elegy,” “Vanilla Sky”) despite her initial movies in her mother tongue (“Abre los ojos,” “La niña de tus ojos”). Indeed, acting in two different languages was an extra challenge that most actors like Schwarzenegger didn’t have to face. Until these days Cruz hasn’t lost a peculiar Spanish accent that gives her a special charm. She has developed an accent that is very clear to understand, something you might not easily find if you ask directions to a random passer-by in the streets of Madrid.

These artists and many others—through focused and hard work—have mastered the use of a foreign language, they got rid of unnatural speaking patterns and created their fingerprint style.

Mostly everybody who learns a foreign language or comes from a relatively less influential region has ever felt embarrassed by their accent. Can you recall such an experience? In contrast, people from some cities feel very proud of their accent because they use the dominant variant in their countries. There is no such a thing as “better accent.” The stories we just read show us that an accent can bring uniqueness into our styles.

Only non-native speakers feel that accents are a nuisance? Not really. Accents are noticeable among native speakers too. As we know, the dominant variant today is the English from US. However, there are more than 50 countries with a massive native English-speaking population, including Canada, Ireland, Singapore, South Africa, United Kingdom, just to name a few. For instance, in the US advertising industry, the British accent is particularly perceived as classy. Indeed Kate Winslet, born in Reading, England, has metamorphosed her British accent to perform as an American character. The result is a softer accent that is hard not to be enchanted with. It’s worth to mention that British regionalisms are not as welcome and easily understood as Winslet accent is.

Use your accent to your success

Naturally, it is not enough to say “I like my accent and I’m proud of it” and to expect that everybody will love it. If people really have trouble in understanding what you say, you are in troubles too. You must think of the people who will listen to your words.

To use your accent to your success, be clear where you are today, where you want to be, and start taking action.

Never feel ashamed of your accent again but start knowing well what the weaknesses and strengths of the way you speak today are. Awareness is the key. In her latest album Utopia (2017), again Björk uses the Icelandic “r” to make her music unique and to express herself fully. Picasso said “Learn the rules like a pro so you can break them like an artist,” and Björk already broke the rules. Once you build a speaking pattern that is both clear and distinctive, you can give your own touch without remorse. Your accent is your secret power.

Do you want to learn more about how to build a distinctive and powerful voice? Go here to try Roger Love’s course The Perfect Voice.