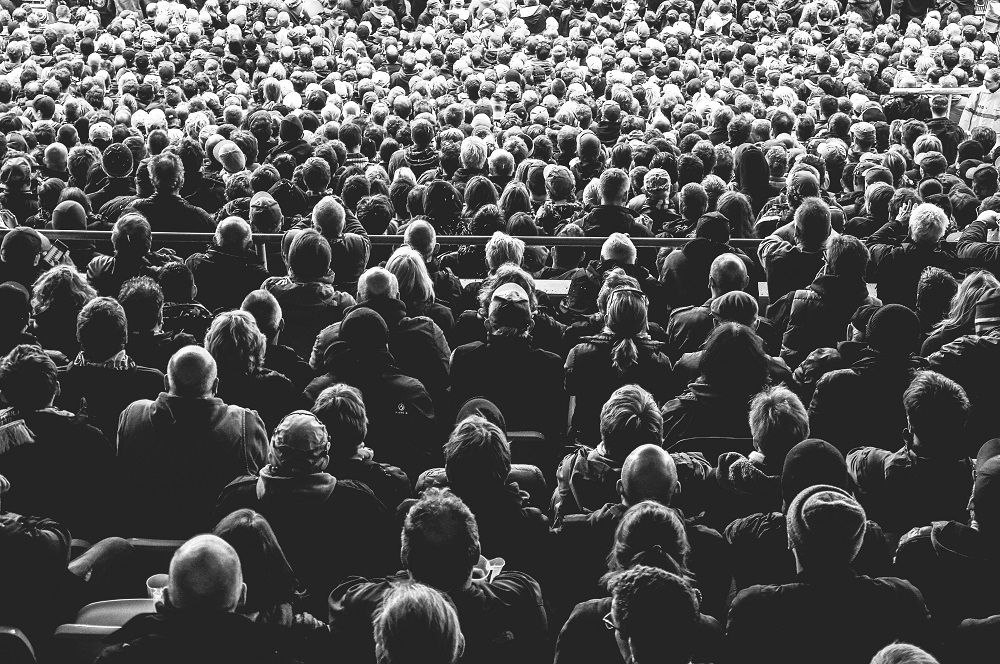 How many times have you heard the voice of a speaker and you immediately got fascinated? You liked the voice, you were touched emotionally with its sound, but if you had to explain what made it so special, that would not be an easy task. Today we will look into 5 voices of speakers that inspire us today and will discover what made them iconic.

You made the decision of spending your weekend—as hundreds of others did—with a motivational coach. He appears on stage and energizes you not only with his words but with his powerful voice. His deep and gravelly tone makes you feel he is a person of authority, like a strong, big dad. Who’s he? Tony Robbins. He also speaks very fast without making mistakes, which gives the impression you are in front of a person who not only speaks fast but thinks fast. The speed becomes more evident than ever in his TED talk “Why we do what we do” when at first he warns the audience saying “the shortest seminar I usually do is 50 hours.”

But no matter how fast he speaks and how deep his voice sounds, he always modulates. He makes pauses, and he stresses the important words in every phrase. What you hear is a man with a hoarse voice that speaks with melody. Robbins’ main influence was working since very young with Jim Rohn, first promoting his seminars and then in a mentor-mentee relationship. Much later in his career Robbins benefited by working with voice coach Roger Love who taught him how to keep a powerful voice even after long hours of speaking.

Susan Cain: From a Quiet to a Sonorous Voice

When Susan Cain—a lawyer by profession and always a writer by heart—was getting ready to publish her first book “Quiet: The Power of Introverts in a World That Can’t Stop Talking” she also got invited to speak at TED2012. Great honor and opportunity, but guess what? She was very introvert, had almost no experience in media appearances and was really scared about public speaking. But Cain succeeded and she became a renowned public speaker.

Cain has by nature a high-pitched voiced, and speaks with low volume. In the preparation to her very first TED talk “The power of introverts”, she hired a coach to transform her soft voice into a low and sonorous tone.

Today this is how she speaks: her pitch is low but fluctuates to high at the proper times. Her volume is high enough to be easily heard and produces a pleasant sound. Other great things about her are being clear and articulate, and easy to understand. She also sounds very empathetic. She is a great example of a voice that was too weak for public speaking and was strengthened. Her new voice helps her evangelize the “Quiet Revolution” movement. But as in the very last words of “The power of introverts” talk, Cain also recommends us to have “the courage to speak softly.”

Have you ever been in a conference and felt that the voice of the speaker created a perfectly balanced sound like in a musical recital? Very few persons can achieve this and do it intentionally. Julian Treasure has made this his life mission. Early in his career, he was a drummer in the band Transmitters. Today Treasure is a business sound expert, who advocates something usually neglected: paying attention to the sound that surrounds us. He has spoken in several TED and TEDx talks, watched by millions. In his most popular TED talks he stresses the importance of listening and how to speak to be listened. Treasure often explains all the elements that in his opinion make a great voice: register, timbre, prosody, pace, pitch and volume.

His voice not only makes you feel you’re listening to a credible expert, but that the overall sound around you is in balance too. Treasure practices what he preaches.

As he has admitted in an interview, he used to have a softer and less powerful voice but he has worked on moving to a lower register. We all tend to listen and believe in people who speak with a lower, deep voice that is produced in the chest. In spite of this, most of the time Treasure talks with a very natural voice. Listen to his TED talks and you will feel as though he is talking to you in the intimacy of a living room.

Dianna Booher: The Voice of a Prolific Author

As masterful authors know, in any great piece of writing you must use effective punctuation. Similarly, when Booher speaks she knows well when to put a comma, a period, even a line break. She has brought all her wisdom in written communication to the world of oral communications.

Booher’s voice is unique among women because is deep and slightly gravelly. But she has such a great flexibility that she comfortably moves to a high pitch whenever she needs to convey the right emotions to her audience. You can listen to her interview at this podcast to get a taste of her voice and its distinctive style.

A man from Colombo, Sri Lanka who jumped to popularity in 2014 when he won the World Championship of Public Speaking. Hettiarachchi is a Human Resources Development specialist and now a professional speaker who travels all over the world. His voice is distinctive: middle-pitched, lightly gravelly with a warm and friendly style. A strong merit very worth to mention is that Hettiarachchi is not a native English speaker.

Let’s pick his winning speech “I see something”—which has been watched more than a million times—to analyze his voice. If you listen to it you will notice that in order to make his storytelling effective, Hettiarachchi repeatedly changed the speed, and made a big number of clear pauses. Also a few times he changed to a higher pitch “I don’t know what I wanted to do in my life” to emphasize insecurity with a humorous touch.

As many of the other speakers, Hettiarachchi also saw an evolution in his voice, as you can hear it in this rare recording of “Chasing Butterflies” (2010). When his gravelly voice became softer and warmer and added a unique style, he became the world champion.

What is the story of your own voice? As you’re probably still writing it, these iconic examples will give you some inspiration. If you listen to them and pay close attention, you might discover what your voice needs to serve your life mission. Will you need more speed, a lower or higher pitch, a different tone? Think about it. But more importantly: let your voice be heard!

Do you want to learn more about how to have a powerful voice? Go here.