This is a second part on a series of great quotes about the power of your voice. If you haven’t read the first one, you will find it here. There are many quotations worth to share, so let’s show you five more: 5 quotes about your powerful voice. 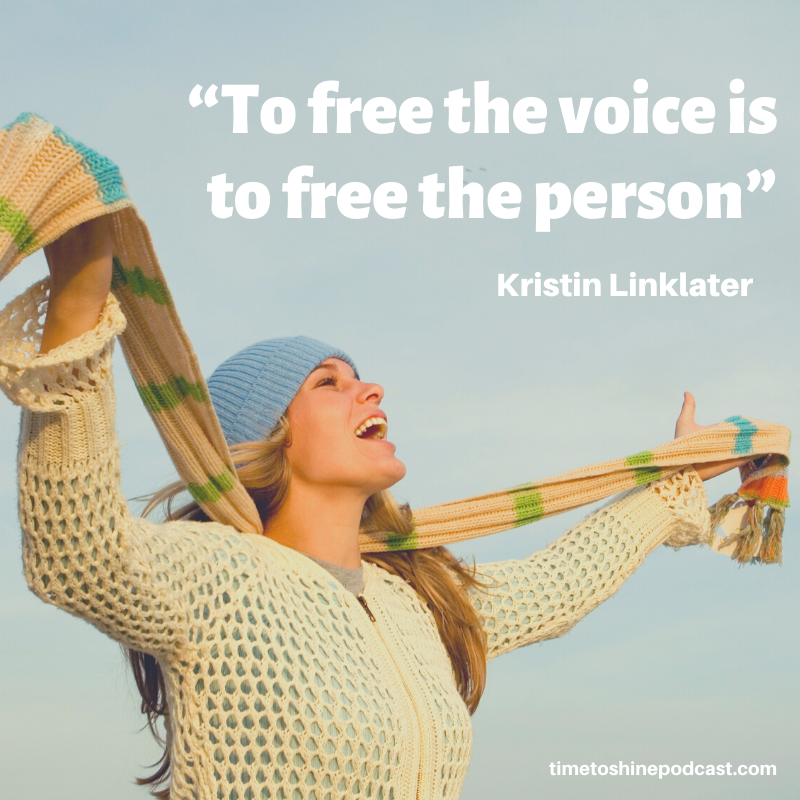 1. “To free the voice is to free the person.” — Kristin Linklater

I heard this quote from Barbara McAfee when she appeared in Time to Shine podcast and by no coincidence it opens McAfee’s book “Full Voice.” During a big part of their lives many people are trapped by a weak version of their voices. Scottish vocal coach and actress Kristin Linklater understood this very well and throughout her career has been helping thousands to free their voices. Freeing your voice opens possibilities in life that are hard to imagine before. 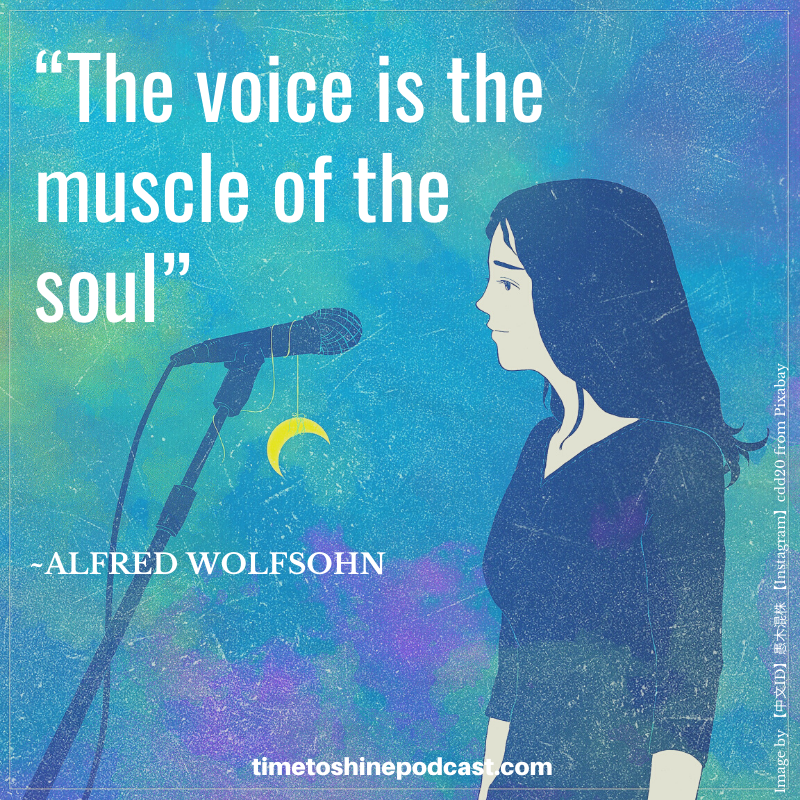 2. “The voice is the muscle of the soul.” — Alfred Wolfsohn

Alfred Wolfsohn was a German singing teacher that revolutionized everything written before about voice. After his traumatic experience as stretcher bearer in WWI, and diagnosed with “shell shock,” he felt he had lost his soul. Influenced by Carl Jung ideas and experimenting with singing as his own therapy, Wolfsohn developed techniques for singing and acting. He found his voice to be the muscle to bring his soul back. A number of his pupils created Roy Hart Centre which continues with his legacy and keeps doing research and training about the human voice today. 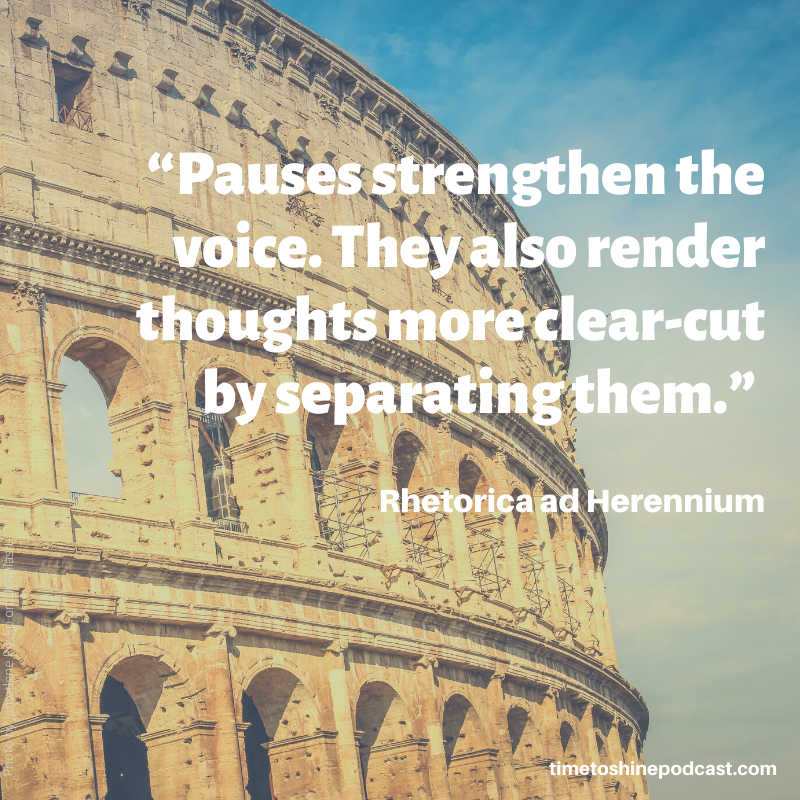 An excerpt from an old and venerated book in rhetoric. Sometimes a little bit of silence, an intentional pause, is all you need to make sure your next words come strong. Besides the subtle rest that your voice needs to catch breathe and come back with force, your audience will thank you for that extra second you gave them to process your words. That’s why some great orators throughout history spoke in verses instead of in paragraphs. 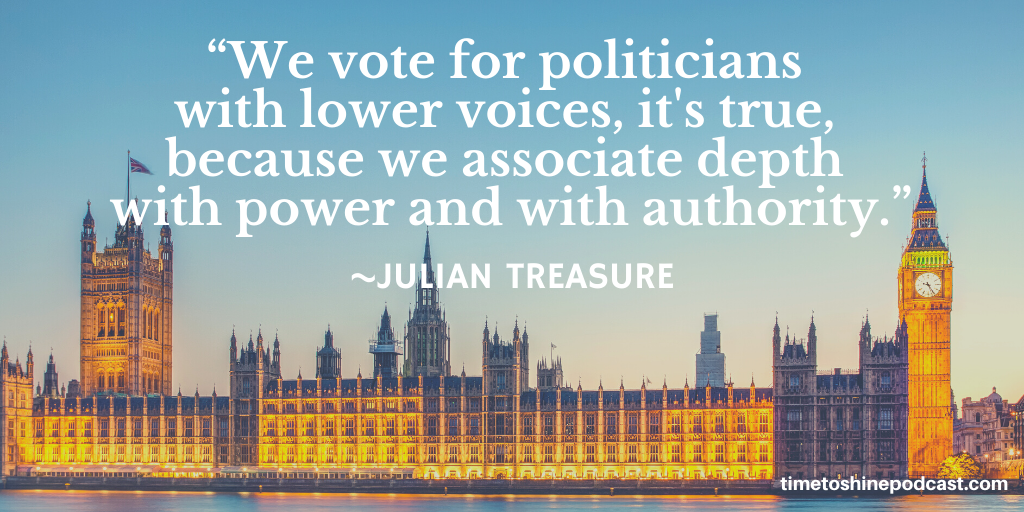 4. “We vote for politicians with lower voices, it’s true, because we associate depth with power and with authority. That’s register.” –Julian Treasure

These words were uttered by Julian Treasure in the talk “How to speak so that people want to listen” at TEDGlobal 2013. He illustrates register, and how people are more persuaded by lower voices. You might have experienced this effect, both consciously and unconsciously. It’s not only about what you say but also the way you say it. Do try yourself. 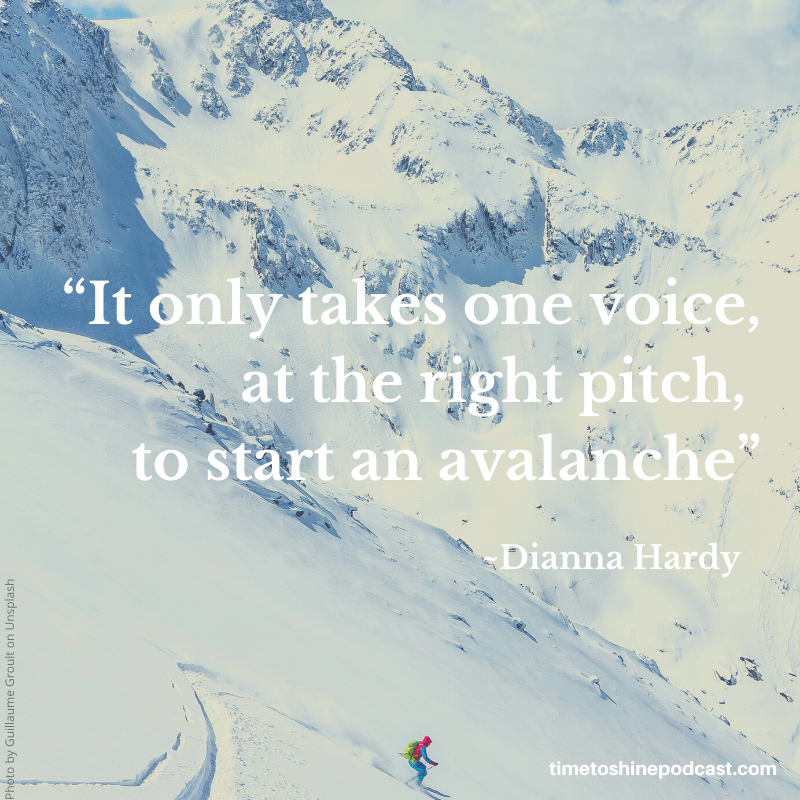 5. “It only takes one voice, at the right pitch, to start an avalanche.” – Dianna Hardy

Taken from a novel by Dianna Hardy, this quote tells us a big truth. A voice, with the right emotion and strength can generate a chain reaction, a multitude following, amplifying a message and taking action. One voice can make a revolution. Never forget that your voice alone has such a power.

Here you have five fabulous quotes to inspire yourself and inspire others too. Your voice is powerful, your voice can change your life.

Are you ready to develop your voice to make it the power of your professional and personal life? Learn it with Roger Love’s The Perfect Voice online course. Get $50 off with coupon code SHINE.